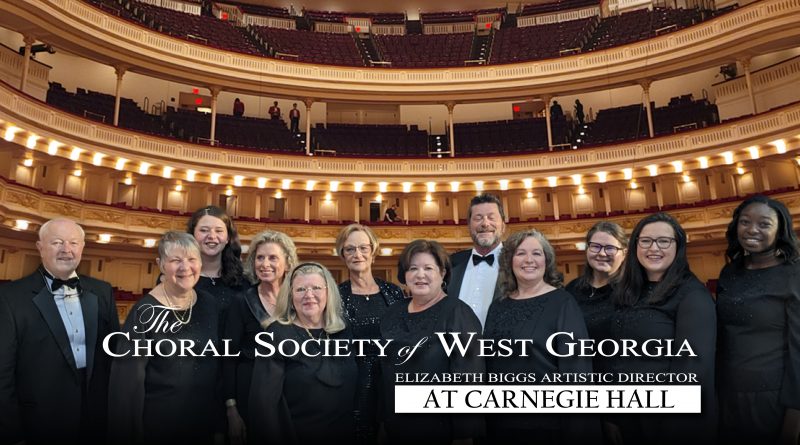 The Memorial Day weekend marked this much anticipated concert at Carnegie Hall. Under the direction of esteemed composer/conductor John Rutter, twelve singers represented the Choral Society of West Georgia (CSWG) in this project which has been “on hold” since 2019 due to the pandemic.

Over 200 American singers gathered in New York City for rehearsals and final concert performance in Carnegie Hall under the direction of Dr. Rutter. The music included two moving pieces of music. They were Dr. Rutter’s Requiem, which was dedicated to his father and written in 1986, along with his newly composed Ukranian Prayer, which he recently wrote in response to the horrific Russian attack on Ukraine.

CSWG Artistic Director Bettie Biggs described the event as a glorious, profound and uplifting experience personally, professionally, spiritually and certainly musically. It was most certainly a “night to remember” for all of us.

Here are some images shared from the event.