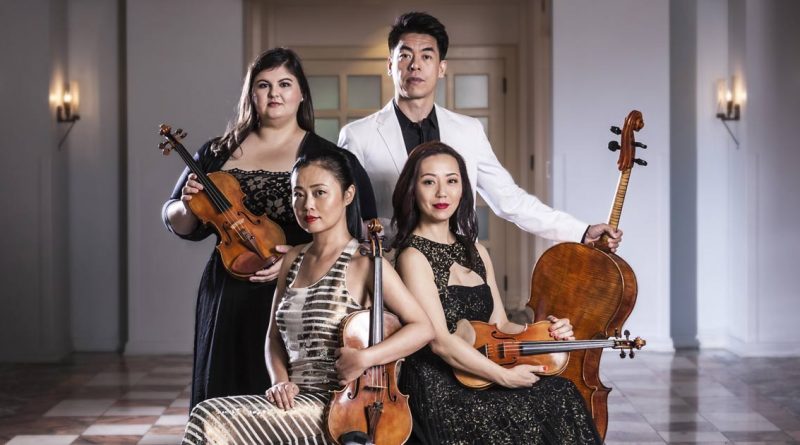 The wonderfully talented Vega Quartet will perform with the Choral Society of West Georgia on November 24, 2019 at the First United Methodist Church in LaGrange, Georgia. This concert is titled “We Gather Together,” and is a concert of thanksgiving, praise and remembrance.  Concert begins at 5:30 PM.  A terrific concert that is sure to please and is a great start to the holiday season!

The Vega String Quartet, Quartet-in-Residence at Emory University, is cultivating a new generation of chamber music lovers through dynamic performances and innovative community engagement.  The New York Times raved that “[the Quartet’s] playing had a kind of clean intoxication to it, pulling the listener along…the musicians took real risks in their music making” and the L.A. Times praised their “triumphant L.A. debut.”  They concertize both nationally and internationally, most recently in Baltimore, Chicago, Nashville, Sacramento, Berlin, San Miguel, and the Brahmssaal in Vienna’s Musikverein. The Quartet’s major performing projects at Emory have included performing the complete cycle of Beethoven quartets, as well as pairing Bach’s complete works for solo violin, viola and cello with the six Bartók quartets.  They have also developed a series of “Jazz Meets Classics” programs, bringing the two genres together. Recent highlights include the Quartet’s debut at Amsterdam’s famed Concertgebouw, a multi-city tour of Denmark, with performances at venues such as the Royal Danish Conservatory, and appearances at El Paso Pro Musica and the Sitka Music Festival.